I don’t use Facebook like most. For me, it’s a professional tool. This means I don’t know-know at least 96 percent of my friends.

It also means I look at the site differently. I skip long, rambling (often mundane) status updates and focus on trends (ex: is everyone posting about the weather, Justin Timberlake coming to the TU Center or a car crash that made headlines for nearly a year?)

I don’t care to see the photo of your sassafras rootbeer, but will notice if, say, one dozen people post about sassafras (then it’s a food story). And I won’t hesitate to have fun with those passive- aggressive, nasty updates people post that are clearly directed at a single person. On those, I comment with “did you mean to send this as a DM rather than post as a status?”

More often than not, they remove the offending post.

Finally, I don’t jam up my followers’ feeds with pictures of my kid, my cat (not that I have one) or my breakfast.

No, I go for engagement. And while I enjoy interacting with just about everyone, there are a few people Facebook has allowed me to connect with who I wouldn’t have found otherwise:

Rik Slevens: My parents sold my childhood home in the late 1980s. While I didn’t live there for long, it was the place I “grew up.” Or, at least, started to. When we moved out, Cindy and I cried. So did my mom.

I learned to ride my bike on that street, play Capture the Flag in that neighborhood and throw rocks at Philip D’Angelo from behind the safety of the big pine hedge that divided our yards.

We knew we were selling to a nice family — a couple and their daughter — but we often wondered about the house, driving up the street when downstate to check it out.

One day several years ago, I received an email with the name of my childhood street in the subject. I almost deleted it without opening, figuring it was spam from a Nigerian who had loads of cash waiting in my name.

But I opened it, and it was from a man who identified himself as the one who had purchased our house nearly 20 years prior. He’d been in Albany, picked up a paper, saw my byline and decided to reach out to see if I was the same Kristi Gustafson who once occupied the pink bedroom that now belonged to his daughter. He thought so, based on my Facebook profile picture, but wasn’t sure. It had been decades.

After that, he periodically sent photos of the house showing changes and improvements. He talked about the home — now his home — and what had become of the street, and the neighborhood. And, when he went to sell the house a couple years ago, he showed me the listing. For a moment, I thought of buying it, but practicality won out and I knew I had to stay in Albany — wanted to stay in Albany — at least for now.

Kristi Lynn Gustafson: As rare as my maiden name is (and the spelling on my first name), it turns out there’s another Kristi Lynn Gustafson out there. I not only talked with the Michigan high schooler on Facebook, but met her when she came to Saratoga two summers ago (and wrote about it here).

I am now Facebook friends with her Mom, sister and one of her cousins and regularly interact with her family on social media. 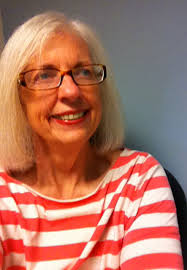 Linda Loomis: She was my English professor during that oh-so-horrible year at SUNY Oswego. She was, quite simply, the only good thing about that school (for me) and her teaching off-set the French professor who (almost) made me ask myself on a near-daily basis “how did this woman ever get a job, let alone keep one?!”

Shortly after I joined Facebook, a fellow classmate found me on the site. Through her, I connected with the English professor — a woman who challenged me, inspired me and made me love and value the written word.