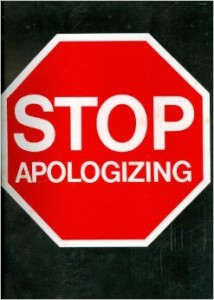 Monday, Jackson Murphy was bowing down to Amy Schumer after tweeting a sexist joke her way.

Then we had the apology of sorts from Cheryl Boone Isaacs — president of the Academy of Motion Picture Arts and Sciences. Isaacs spoke about being “heartbroken and frustrated” that the Oscar nods failed to recognize people of color.

Zac Efron also made a noteworthy apology this week, saying he was sorry after receiving backlash for a tweet that essentially put his appreciation for Martin Luther King, Jr. and Efron’s 10 million Instagram followers in the same sentence.

(And yet Donald Trump admonishes Mexicans and women and whomever else, but you’re not getting an apology from him — nor are people demanding one. ) 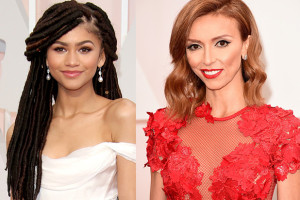 We’re a society of easily offended softies, seemingly seeking out things to offend us, then demanding apologies. We’re loud, taking to social media so the message of our hurt feelings can be spread. Virility, it seems, often leads to an “I’m sorry.”

I believe in apologies. They’re crucial to successful relationships. That holds true whether we’re talking one-on-one with a family member or friend or celebrities and their fans or followers — or even celebrities with other celebrities. 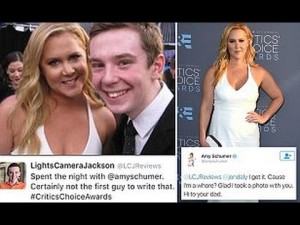 But how genuine is an apology when it’s essentially forced? Sometimes, it seems, people are as haphazard with their apologies as they are with their initial message that sent everyone atwitter.

To me, that’s what happened with Murphy. He made a silly remark, a bad joke — especially cringe-worthy given his age. I can even see how the move could’ve been described as stupid. Schumer was offended, as she has the right to be. But, rather than letting it go, sending her a direct (AKA private) message or offering a simple “you may be right, I’m sorry,” Murphy groveled, apologizing more than once. His response kept the conversation going and drew more attention (some say this is what he wanted). 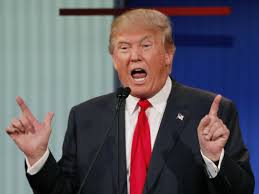 The same thing happened with Giuliana Rancic and Zendaya. Rancic said the dreadlock-wearing Disney star was must have smelled of “patchouli” and “weed.” Zendaya took to Instagram to say she was offended. Rancic apologized. Then she apologized again. And again.

I’m not against apologizing, but I do hate that we’ve become a nation where over-apologizing is not only expected but, it seems, necessary. If you made a mistake — be that verbally or with your actions — own it, say you’re sorry and move on. Don’t lament over it, don’t talk about it and, for heaven’s sake, don’t grovel.