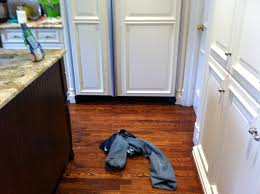 As R trekked to the car with my bags, I got dressed.

Despite heavy, labor-inducing pitocin that had my legs looking a bit like Gwenyth Paltrow’s character in “Shallow Hal,” my jeans buttoned.

I was stopped mid relief-exhale as the waistband sliced into my stomach, cutting off my circulation like a tourniquet. The side seam pressed into my legs, branding me with stitch marks. Not only did I feel uncomfortable, I didn’t look so good, either. My once-baggy boyfriend jeans had become  skinny jeans.

This wasn’t supposed to happen.

“You’ll look five months pregnant after giving birth,” my friends had said when giving me the 48-hour postpartum 4-1-1 and coaching me on what to bring to the hospital to wear home.

But here I was with nothing but some too-tight denim or the pajamas I’d worn the past three days. I debated coercing one of my favorite nurses (Emily or Alisha) into snagging me some scrubs, but figured bribery and coercion were not good (early) examples for CB. 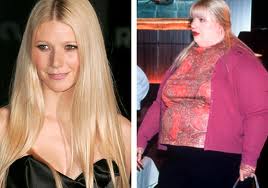 All along, I wanted to wear sweats postpartum (lululemon and I had became BFFs those last six months), but ruled that out after seeing the photo of my mom on the way home with me. She was all 1970s calendar girl, dolled up in bellbottoms, a floral blouse and “proper” hair and makeup.

The hair and makeup were out for me (I haven’t bothered with that since my Giuliana meeting), but I could manage the apparel part, or so I thought.

Right around the time I readied my “go bag,” I’d packed the jeans I’d (comfortably) worn into the summer, a loose-fitting silk blouse, leather jacket, cashmere scarf and Coach flats (I know, I know, that’s the last time leather, cashmere or silk will be part of my wardrobe for many years) for my hospital-departure photo shoot.

I was going to look good, I thought, when I posed for the picture I’d show my daughter decades from now. But wincing ain’t pretty, and that’s just what I did as we said good-bye to the nurses. By the time we got to the car, I was nauseous from the pressure on my stomach.

“Are you OK,” asked R, as he secured C’s car seat into the base.

“You look … uncomfortable. I can tell there’s something wrong.”

“Well, my pants are a little tight,” I admitted.

He suggested I unbutton them on the ride home (after giving me a lecture on how the flyover to the parking garage at St. Peter’s was not a runway and I should’ve worn true maternity jeans).

“It’s not like anyone can see you in the back seat,” he pointed out, shutting the door and returning the wheelchair we’d used to carry out a week’s worth of diapers, wipes and the like.

By the time we were out of the parking garage, the pants were unzipped.

As we pulled onto I-85, I was sweating, and feeling faint. Not sure what else to do, I wriggled my jeans down around my hips and asked R if there was any water in the car.

I pulled up the navigation on my phone. I needed to know just how much longer this pain was going to last.

I couldn’t make it, but I had a plan.

After some obligatory grunting, I was good.

“What’s going on back there,” asked R, not taking his eyes off the road.

“I can tell you’re up to something,” he said.

Once in the garage, he opened the backdoor to let us out.

“Are you serious,” he asked, as I slid out of the car and shuffled past him, pants around my ankles like shackles.

“Can you grab her, please” I asked, ignoring the inquiry. “I need to slip into something more comfortable.”