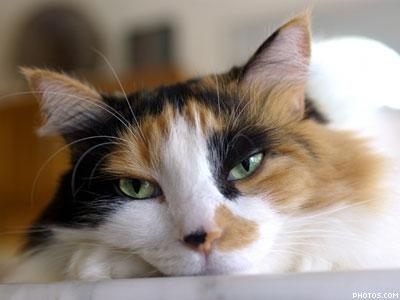 A face only a fellow male meower could love?

Normally, all the wackadoodle stuff happens in Florida, but this one is out of Nigeria.

According to a story in The Advocate, a woman down there got rid of her cat because he was gay.

How, exactly, did she know his sexual orientation?

Why he exhibited “an unnatural sexual behavior,” of course. Basically, he wasn’t getting it on with the other female kitties in the house. And the only logical explanation for not channeling his inner rabbit was that he had to be gay.

She tried pawning the cat off on neighbors during a neighborhood gathering, of sorts, saying she no longer had “use” for the feline. The neighbors also believed the cat was gay and passed on the puss.