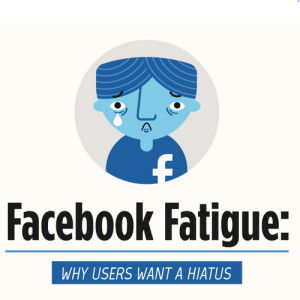 One day last month I was driving on I-90. It was snowing and the person in the car next to me was smoking a cigarette and checking his phone. He also wasn’t wearing his seatbelt.

As I watched him steer with his wrists, and balance ash, I composed a status update in my head. I wanted to capture the right words to explain just what happened — but I needed those words to take up no more than 140 characters. My FB profile is connected to my Twitter account and, ideally, I don’t want people to have to click through to read my thoughts.

When I got to my destination, I grabbed my phone and pulled up Facebook to deliver the status I’d mentally crafted. I hadn’t shut off the car or undone my seatbelt. I may not have put the shifting gear in park.

Were statuses and tweets and pins so important I was going to put them before everything else — before going into my family’s house, having in-person conversations and true interactions?

The answer, it seemed, was yes.

If I were a cartoon character I would’ve slapped myself till my head did a 360.

I’d become that person — the one whose thoughts were, essentially, soundbytes — observations, thoughts and declarations that “worked” well on social media due to content and voice and length.

It was time for a break. 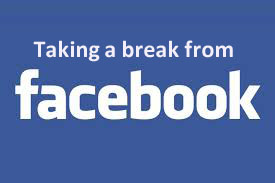 I’d been debating stepping away for a couple weeks. My breaking point — the moment when I got so frustrated with users’ behavior it started effecting me emotionally — coincided with Kenneth White’s death. I was appalled by what people were saying online — the way they were talking to, and about, Kenneth’s parents and the Albany county sheriff’s department. The threats people were making and their wishes for torture and death were disgusting. What happened to that little boy was sickening. The way people were speaking about his death publicly was almost as nauseating. At times, the vicious, graphic commentary choked me up.

So I stopped posting. No status updates meant no place for arguments and nonsense. If I didn’t post, people couldn’t respond. They couldn’t attack one another, or me. They couldn’t speak without reading because I wouldn’t give them anything to read — at least not on my profile.

Tonight I wrote a blog post for OTE — the blog I authored, solely, for about seven years. After that long (I wrote more than 10,000 posts and columns), I’m used to contention and arguments and disagreements. I learned early in my blogging tenure people struggle with having a civil conversation about much of anything. But what happens on social media seems so much more contentious than any conversation we ever had on the blog.

When I shared that most-recent OTE entry on Facebook and Twitter the irrational, misinformed comments flooded in proving conversation based in reason still can’t be had. The ability to admit one misunderstood (or didn’t read past the headline) does not exist. I was reminded, yet again, how erratic people can be — especially online. 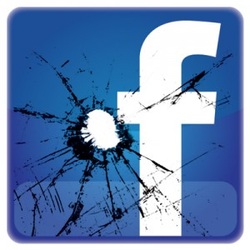 I don’t like that it’s come to this. Social media has been a passion of mine for a long, long time. I can’t imagine my personal, or professional, life void of Facebook, Twitter and the like. Social media is invaluable for breaking news, and for keeping up with what people are thinking, and discussing. I love digesting what readers care about and turning that around into a story, a column or a blog post. Journalism today is more fun, and more interesting, than it was even five years ago. That is, thanks in large part, to social media.

Links and photos and status updates often entertain, educate and inform users, but the conversations on these platforms can also be ugly. And that ugliness, combined with what bordered on habitual behavior, drove me to the hiatus.

For now, I post when I need to (AKA a call-out for stories, or an ARA-type request from a follower) and I scroll through my feeds every day reading, and observing. I respond to DMs and answer questions posted to my wall. But, other than that, I’m sticking with this break. The toxicity is avoidable, and I don’t benefit from profanity-filled nastiness that often dominates online conversation.

10 thoughts on “Why I took a break from social media”